A new initiative by Kawasaki Corporation and Sonoyama tests the integration of robots with different purposes for a common service: cooking for people.

On April 27, Incubion visited AI_SCAPE, a completely independent robot restaurant. Located in Haneda Innovation City, the restaurant has approximately 15 machines operating in synchronization for customer service and food preparation. Let’s see how was this experience for us!

Created by Kawasaki Robotics Inc., a Japanese manufacturer of industrial robot arms for general industries, and Makie Sonoyama, a consultant for restaurants, the facility offers three types of meals that are ordered via smartphone. There is a person who helps guide customers arriving at the place, but the entire process is fully robot-automated. The restaurant has 4 tables divided, all of them served by a Nyokkey, a two-arm robot waiter.

Once the order is placed, the machines begin to operate in the kitchen from a visible distance. In addition to the food, another robot separately prepares the drinks, requiring you to go to the robot cabin with a QR code displayed on the screen of your device to collect the drinks. A slight doubt remains that it might be faster if the customer pressed the button of the stationary dispenser by him/herself, and it would also be easier for the staff to refill the dispenser.

After you pick up the drinks, the humanoid robot “Nyokkey” comes to serve the ordered plates in around ten minutes. Nyokkey is only capable of serving one person at a time, which takes a little bit of time in case you are a group of people. The robot uses its arms to set a tray with 3 pots and cutlery, while the customer waits to be served.

Overall, the integration between the cooking robots in the kitchen and the serving ones flows smoothly, turning the robotic service into an immersive experience. It is a fact that in some operations, such as tray return, or any technical supervision in case the robot has any issue, humans are still required in the process. In any case, this experiment shows that robots are heading positively towards a trustworthy reality of humans and machines.

Impressions and Future of restaurants

With the pandemic and chronic staffing shortages in restaurants in Japan, the use of robots can ease the workload for human employees. This restaurant covers traditional and repetitive tasks with automation, such as preparing the meal and serving it to the table but still manages to bring everything needed for its operation, helping humans to provide a more efficient service. It is an exotic establishment, so curiosity naturally makes us want to understand what goes on behind all the machines. However, it is only a matter of time before this curiosity passes and people can work with the help of robotic services.

The food served is not the focus of this test, once although tasty, the portion wouldn’t be enough for a middle-aged man. Certainly, for implementation as a usual service, the amount of food served to the customer would have to be rethought, which might require more development of the robot when it is managing the different sizes of food. What is explicit is precisely how human-robot integration can be beneficial to our productivity and health in high-demanding facilities, like fast food and family restaurants. Reducing the need to worry about several tasks at the same time, such as serving or warming the food and setting them to be delivered, restaurant staff can experience less stress under the workload of the tasks.

This initiative is an opportunity for developers to study robot-robot integration with the public, as well as an opportunity for customers to experience how the robot service works. AI_SCAPE has a different concept from the tests seen recently, bringing robots among the public to test under real practice and subject to failures, part of a first step in the development of robots well-integrated into the society. 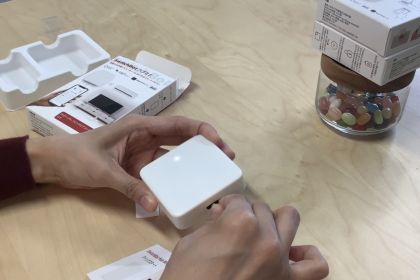 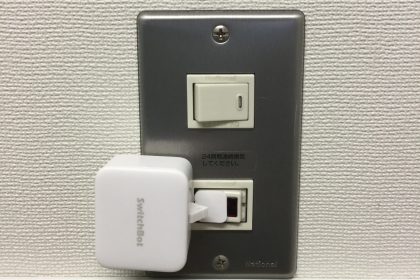 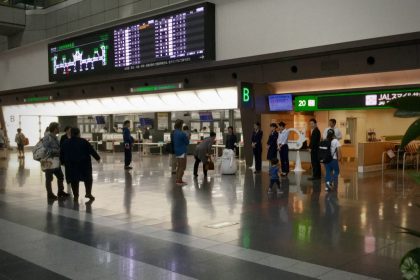 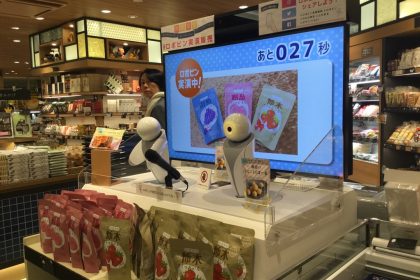 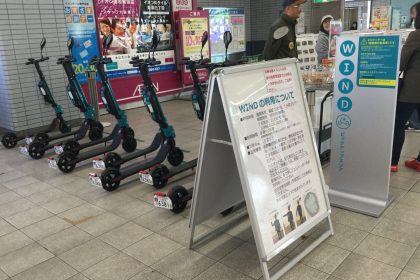 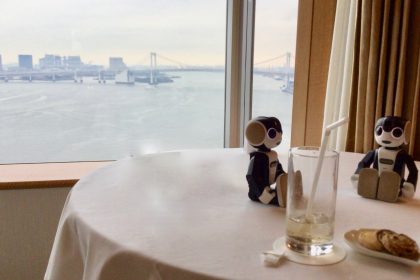 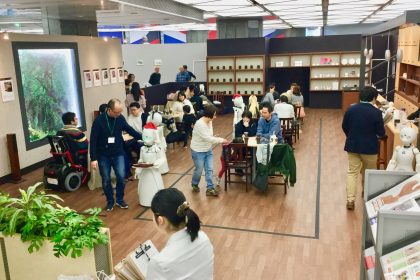 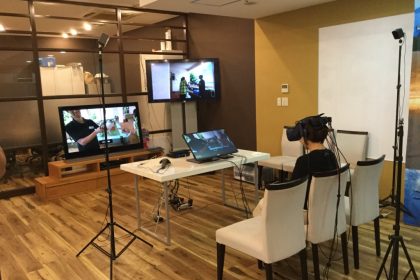